Evangelina joins Stingray Volleyball Academy this year as a 13s coach. This is her fifth year of coaching volleyball, having coached both school and club teams in the past. Her high school team at Classen SAS earned the distinction of All-City Champs while she was coaching there. Eva was a three-sport athlete for Mount Saint Mary High School, playing volleyball, basketball and track. In high school volleyball, she played middle hitter and earned All-State honors her senior year. After high school, Evangelina attended Saint Gregory’s University where she participated in both volleyball and basketball. She has earned a Bachelor of Science in Business as well as a Master’s degree in Business Management & Leadership. Eva currently serves as the Director of Operations at KIPP OKC Charter Prep, and she plans to attend Baylor University in the spring of 2021 to pursue her Doctor of Education in Learning & Organizational Change.

Eva seeks to encourage in all her interactions with her team, striving to build up her players so they have confidence in their skills and the game of volleyball. She likes to have fun with her teams and enjoy the moment while striving for excellence. When not coaching, Eva enjoys spending time with her husband and their son and two dogs. Her hobbies include playing volleyball, watching movies, traveling and cheering on her son while he plays a variety of sports.

Brandon enters his first year coaching at Stingray, but brings with him 6 years of coaching experience. A graduate of Milwaukee Tech High School, Brandon went to work for QuadGraphics and has worked there ever since. He is currently the production department head for the plant. Brandon lives in Guthrie with his wife Melinda and daughter Mackenzie. 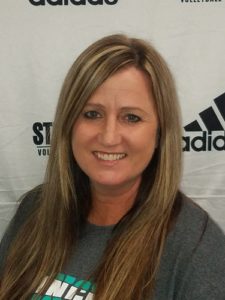 Melody has been coaching high school and club volleyball for 5 years, as well as YMCA youth volleyball for an additional 4 years. She is currently the head volleyball coach at Community Christian School in Norman, Oklahoma, where her team just won the 2020 class 3A State Championship.

Melody works remotely as the Director of Content & Quality Assurance for Rootworks, which is based out of Bloomington, Indiana. She has one daughter who is in her second year of college. When not working her full-time job or coaching volleyball, Melody tries to spend as much time as possible out on the hiking trails.

As a coach, Melody strives to work in a challenging and motivating environment where she can help athletes grow and develop as individuals both on and off the court. She is driven to build winning teams with strong character and help ensure athletes improve skills and continue to develop a love and passion for the game. 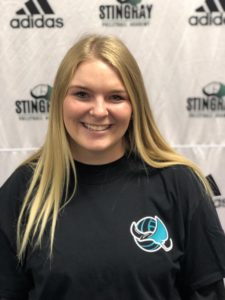 Elizabeth (Liz) Michael is entering her fifth year of coaching club volleyball. Having coached 13s and 14s for the past four years, Liz led her 14 Adidas team to a fourth place finish in the OKRVA region last season. Liz played basketball and volleyball in high school, and is currently working to earn her Early Childhood Education degree. She is hoping to find a teaching job in the spring of 2021 once she completes her student teaching this fall.

Liz’s philosophy for coaching volleyball is to not only improve each girl’s individual skill but also to teach them to have the lifelong skills of working as a team, and cooperating with their peers. 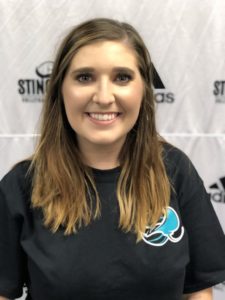 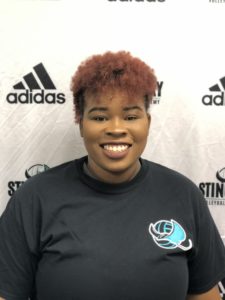 She is the current head volleyball coach for The Academy of Classical Christian Studies and coaching director for Stingray Volleyball Academy. Jasz’ philosophy for coaching is: “It’s not whether you get knocked down; it’s whether you get up.” 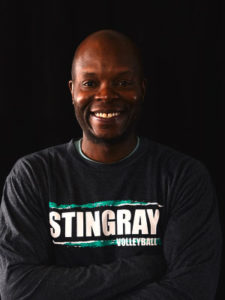 Karen Yarbrough has coached volleyball for three years, as well as softball for three. Her coaching experience includes middle school, high school, club and private lessons. She is a teacher and a coach, and has taken a second year high school volleyball program from a 3-15 record to a 15-14 record in her first year as head coach.

In high school, Karen played volleyball, basketball, softball and golf. She has earned two Bachelor of Science degrees: on in Health, Phys. Ed, Recreation and Dance, and the other in Elementary Education.

Karen’s goal is to help guide young ladies to become fine people first and good volleyball players second. She sees volleyball as an excellent tool to help teach young players the important life skills needed to become successful and productive adults. She believes club and high school volleyball should be a positive, memorable experience for all involved, and she strives to provide her players the opportunity to be the best volleyball players they can be!

In high school, Brittany spent her time playing a host of sports, including volleyball, basketball, golf, tennis and track. Having grown up in Texas, she earned several UIL (University Interscholastic League) honors, including the following: UIL Texas All State Setter, UIL Texas 2016 Setter MVP, All-District Setter MVP for four years, Golf State Honorable mention, and Tennis State Honorable Mention. Brittany is currently majoring in Physical Education and minoring in History, and she hopes to find a career in coaching and teaching. Her coaching philosophy is to provide an environment that encourages athletes to learn and develop on and off the court.